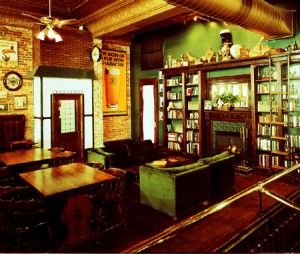 The summer Scranton StorySlam took place on Saturday, June 30, 2012, at The Banshee on Penn Avenue in Scranton. The theme of the evening was “Dirty Laundry.”

We were regaled with true stories that knocked our socks off by the following cast of characters:

The winning story was told by Andrea Talarico, who wowed the audience with a side-splittingly hilarious and heartfelt tale about a youthful misadventure in a gynecologist’s office. 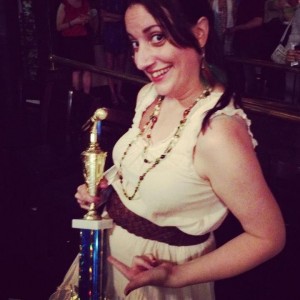 The stage was open to two additional audience members who bravely put their names in a hat to tell a story.  The first person selected from the hat was the talented Kait Burrier, a Wilkes University MFA graduate student from Scranton PA. The next person picked was Gabrielle Shefski, a high school student from Clarks Summit, who had freshly arrived home from studying for a year in Belgium.

We were thrilled to have Conor McGuigan join us again as the evening’s Master of Ceremonies. The audience always loves Conor’s stories peppered throughout the evening. Learn more about Conor and hear the story he told at the Spring, 2012 slam of his detention at Heathrow Airport.

Our judges for the event included the fair and just Brian Fulton, Catherine Shefski, Dr. Laurie McMillan, and Katie Wisnosky.

We are proud to have donated half of the net proceeds of this event to the Vintage Theater Project. The other half was donated to the Scranton Public Theater.

This event took place at the fantastic Banshee!