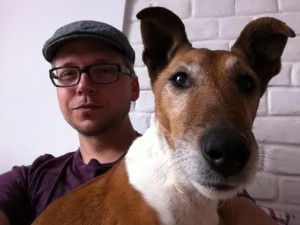 Michalowski has contributed illustrations to other clients such as The New York Times, Disney, The Knitting Factory NYC, Electric City Weekly, Diamond City Weekly, Borders Bookstore, and The Scranton Times. He was the exclusive poster illustrator for The Northeast Theatre from their twelfth through sixteenth season.

Michalowski’s illustrations, portraiture, and on-the-spot drawings have shown in group and one-man exhibitions in galleries in New York City, Syracuse, Philadelphia, and various venues throughout Northeast Pennsylvania, and can be found in many private collections.

He is an instructor in the art departments of Marywood University and Keystone College. He is also a roster artist for the Pennsylvania Council of the Arts, serving as Artist in Residence for elementary and high schools, and teaches various workshops throughout Northeast Pennsylvania.

Ted runs the Drawing Social event at the AfA Gallery in Scranton every Sunday, which combines a drawing group with a live musical performance. In August 2010, Michalowski toured Poland with Drawcore, his live drawing performance with the improvisational musical accompaniment of experimental duo When I Float Backwards. He presents a live mural drawing performance known as Drawstep, accompanied by live electronic dance music, at the Vintage Theater in Scranton, on the first Thursday of every month. Ted runs the Life Drawing Sessions, with traditional model, at the AfA Gallery in Scranton every Tuesday.

Michalowski graduated in the inaugural class of Murray Tinkelman’s Masters of Fine Arts Illustration program at the Hartford Art School, University of Hartford. His thesis body of work comprised a series of large reportage drawings of the avant-garde and experimental music scene in downtown Manhattan, for the Silpe Gallery exhibition in Hartford, Connecticut, in July, 2007. He previously attended the Syracuse Independent Study Design Program under Murray Tinkelman to receive his Masters of Arts in Illustration. For ten years Ted studied privately under Fred Brenner, prominent children’s book illustrator, wildlife artist, fashion illustrator, and educator.

Ted is also an instructor of Chinese Boxing, Tai Chi Chuan, and yoga, at area universities and wellness centers, practicing for over 18 years.

Ted joined us again as a wild card at the March 2013, Scranton StorySlam to share one of his West Side stories.