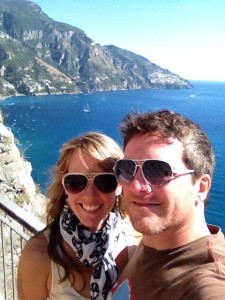 Mike Maria, 46, started skateboarding on a board with metal wheels called “fifteen toes”, one of which appears in the exhibit Sidewalk Surfing: The Art & Culture of Skateboarding at the Everhart Museum. His first “modern” board was mail ordered from Action Now magazine. It was called a Jammer and it was 1982. Mike is a founding member of the Bakers Dozen and can still be seen riding ramps and bombing the hills of Scranton and its surrounding areas.

Mike told the winning story at the November 2013 Scranton StorySlam, which took place at the Everhart Museum. His story was inspired by the theme: Writing on the Wall.