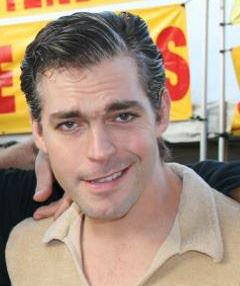 Conor McGuigan is very well known in the local community. He works as an actor, videographer, DJ, barista, and pub trivia host. He has been voted Best DJ, Best Trivia Host, and Best Local Actor in Electric City’s annual Reader’s Poll. Conor’s interests include presidential and local history, mythology, pinball, hiking, dancing, and puppets. He is currently the host of both the podcast Circus $1 and Behold! Scranton, a show all about the history of Scranton, PA.

Below, you will find videos of Conor at each of the last StorySlams.

Check out Conor’s story about being detained in Customs at Heathrow Airport. (Spring 2012)

Hear the story about Conor’s wild night at the Test Pattern art gallery told at the Summer 2012 StorySlam.

Then there was the time his parents left him alone for four hours at Niagara Falls with $20 when he was twelve years old.

A story about Conor’s first trip to the Mediterranean told at the “Road Trip” StorySlam. (Summer 2013)

“He was a boy, she was a girl
Can I make it anymore obvious?”
Hear Conor’s tale of trying to impress a skater grrrl, shared at the Everhart StorySlam: Writing on the Wall. (Fall 2013)