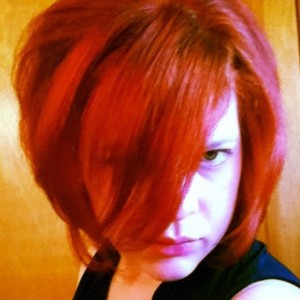 Michelle Hryvnak Davies is a married mother of two from Northeastern Pennsylvania, specifically from the town known as Sweet Valley. She is a part time student in the Computer Information Systems program at Luzerne County Community college and graduated from the Leadership Wilkes-Barre program in June of 2010. She was inducted into the Phi Theta Kappa honor society at LCCC in November of 2011. Michelle currently holds an MOS Master Certificate in the Microsoft Office 2003 and 2007 suites and is working toward a master certificate in the Office 2010 suite.

Michelle comes from an analytical and technical background and has recently joined WNEP as an IT Engineer. She previously worked as a Regional Market Analyst at Travelocity, a Helpdesk Specialist at Wyoming Valley Healthcare System, and an Administrative Assistant at the Arc of Pennsylvania.

In her spare time Michelle contributes to a successful blog, “NEPA Blogs,” which has recently won an award and has a weekly segment on “PA Live!” a local talk/variety show on the NBC affiliate WBRE-TV.   In the upcoming year, there are plans to host a NEPA Blogs radio show on local talk-radio station WFTE-FM 90.3.   You can learn more by visiting NEPABlogs.   In addition to all of that, Michelle remains an active volunteer in her community and participates in community reading days, the Spencer-Martin Memorial Bike Ride (which benefits the Wyoming Valley Habitat for Humanity) and helped to organize a successful children’s costume swap called the “Wyoming  Valley Costume Caper.”

Michelle participated in Pecha Kucha Night at the Vintage Theater in Scranton, PA and was featured in the Weekender, a local entertainment newspaper/magazine as well as the Scranton Times-Tribune.