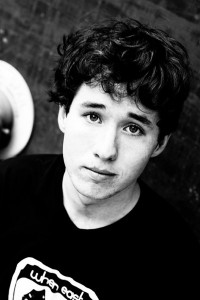 Conor O’Brien is super excited to be working with so many incredible people who share his passion for the arts and more specifically, storytelling. Conor has performed, directed and seen his own works as a playwright on various stages with such companies as The Little Theatre of Wilkes Barre, The Vintage Theater, The Barnstormers Theatre of Philadelphia and several others. He has been featured in such independent film projects as A Trip To The Moon and Get Pumped! He is currently a member of and has been performing regularly with the comedic improv troupe Unorganized Business Ensemble. Conor is the co-founder and serves as the performing arts director of The Vintage Theater. He would like to thank all the storytellers, all who worked so hard to make this event happen, all who attended, and above all – Nancy Grace, for just being herself.