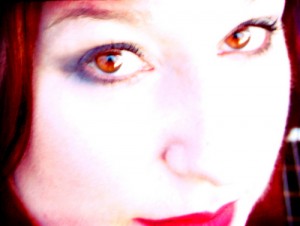 Alicia Grega is a writer/editor at the electric city/diamond city arts & entertainment weekly newspaper, online at The570.com. Trained as a theatrical director and playwright at Drew University (’94), she has authored five full-length plays and numerous shorter works, including the award-winning one-acts Practically Perfect People and Mythical Dovecote. She has volunteered as the coordinator of the Jason Miller Playwrights’ Project at Scranton Public Theatre since April 2008. Her latest script Avenging Arachne: a Nemesister Fable was workshopped by the JMPP in May 2011 and remains in development. Additional directing credits include The Vagina Monologues (Scranton, 2002) and Maureen McGuigan’s Live on Stage: Six Women in Labor in 2003, revived in 2004, and 2006.

Alicia was awarded an Individual Creative Artist Fellowship for Arts Commentary from the Pennsylvania Council on the Arts in January 2009. In April 2009, she was one of 23 writers from across the country selected to attend the fifth NEA Arts Journalism Institute
in Theater and Musical Theater at USC Annenberg in Los Angeles. She lives in West
Scranton with her two teenage daughters and sells handmade jewelry and fine art prints online at Etsy.com. Visit SubverseAphrodesia.com or her About.me page for more information.