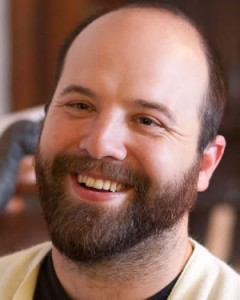 Hank Willenbrink is an internationally produced playwright. His play 18 won the John Cauble Award for Best Short Play from KCACTF. He has also won the Corwin Award for Antarctica. The Earthquake Predictor Rides the Bus took audiences on a faux historical tour of Santa Barbara, on a bus. Crater took place on a giant rock. A Single Event was showcased at Performance Highways in Santa Monica. Hank wrote and directed MIRANDA BRANSON BRANSON MIRANDA for the Necessary Theater in Louisville, KY. It Came from Indiana! was produced by Walden Theatre in Louisville, KY in 2009. About the Cabin was seen at the Nuyorican Poet’s Café (NYC). A one-woman show, Universal Applicant, premiered as a part of the Jason Miller Playwrights’ Project Dyonisia 2012. Hank also wrote the short documentary about surfing entitled The Wave, directed by Judy Bauerlein and Andrea Polli. He has two monologues published in Monologues for Men by Men and More Monologues for Men by Men. Hank has a Ph.D. in Theater from the University of California-Santa Barbara and is currently an Assistant Professor at the University of Scranton.