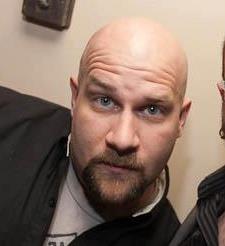 Dave DiRienzo was born in Wilkes-Barre.  In some order, these other things happened: he went through a decade of Catholic schooling, lived in England for a year, got a series of jobs in radio and eventually moved up to the morning show on Rock 107 (DiRienzo and Prospector – 5:30 – 10am daily), and has been passed over twice for the Kennedy Center Honors . Now he’s 31, living in Wyoming with a wonderful wife, a sometimes-behaved Golden Retriever named Cooper, and a cat named Jack.

In addition to being a Judge at the Fall 2012 StorySlam, Dave was a past storyteller! Check out Dave’s story from the Summer 2012 StorySlam!