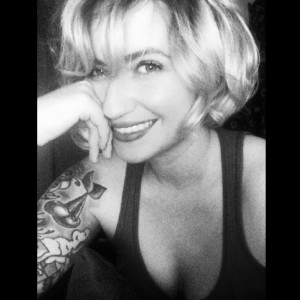 Patrice Wilding is a writer and reporter for the Lifestyles Department of The Times-Tribune, for which she covers arts and entertainment, human interest stories, music, food and more, and her voice can be heard on the radio introducing songs on Fuzz 92.1. She also bartends at Honeychilds‘, where folks are known to call alcohol “the Gatorade of darts,” which she secretly loves, and has a side hustle appearing as Elsa from “Frozen,” making her a real-life Disney princess. She is available for children’s parties.

Patrice is originally from Olyphant and lived in Scranton for years, but currently resides in Dunmore with her best friend, Alyssa McDonnell, and their four cats, George, Niles, Alfie and Abel. (That’s two more than at the last Storyslam, for those keeping track.)

Patrice is a past winner of Dancing with the NEPA Stars and former panelist for the View with a Scranton Attitude. She is engaged to Justin Lowe, who is a scientist and smarter than she is, and who will definitely keep her safe when the zombie apocalypse definitely happens.

Hear Patrice’s story at the Fall 2012 StorySlam about meeting LMFAO. She’s so not sorry for party rocking!