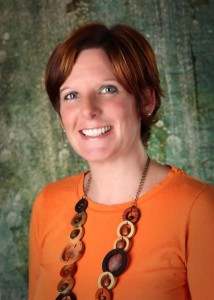 #1 If Jeannine was stuck on a deserted island, she would want peanut butter, French bread, cheese and wine with her.

# 2 Jeannine believes that she was French in a past life because she has had an affinity for all things French since she was a girl. Just seeing a picture of the Eiffel Tower makes her eyes light up. To her great delight, Jeannine made friends with a French woman on her first trip to France in 2002 and has maintained a friendship that included a trip to France in 2009 to visit Marie DeGuines at her home in St. Leu La Foret as well as a week-long stay in Bonnieux, the Provence-Alpes-Côte d’Azur region in southeastern France, in 2012 with Marie and her husband Jean-Claude. The couple plans to visit Jeannine in Scranton, PA in Fall of 2015. Jeannine proudly did her first story slam in March of 2012 about her experience meeting Marie.

#3 Jeannine believes that one job squirrels were put on this Earth to fulfill is to test her sanity. Jeannine has been chased by squirrels at Lake Scranton and as a college student in Happy Valley. She’s broken her own living room window after banging on it too hard to scare the squirrels off the bird feeder that hangs from a tree branch directly outside that window. Jeannine believes squirrels are either wearing her down or teaching her how to tap into her source of zen. She can now see them doing acrobatics from the bird feeder and not fill up with rage. Instead, Jeannine closes the curtains until the birds return.

#4 Jeannine completed her first marathon – Steamtown Marathon – in the fall of 2013. She is contemplating running Steamtown in 2015, but has not sold herself on the idea yet. While she loves how she feels after running, she is still not in love with the activity but likes bread too much not to run.

#5 Jeannine left her marketing communications job of 11 years at Blue Cross of NEPA in 2010 to invest full time in her business: Laugh to Live. She offers motivational speaking, hands-on laughter yoga workshops, improv and stand-up comedy and has published two books: “He’s Not Prince Charming When…” (available for purchase tonight at the Story Slam) and the children’s book, “Wartz And All.” Learn more at LaughtoLive.net!

Hear Jeannine’s story about her first trip to France, shared at the Spring 2012 StorySlam.