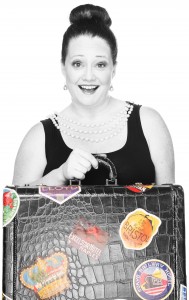 Maggie is a proud, native Scrantonian with a rich, Irish-American family history of storytelling.  As a child she persuaded her father to introduce her to his friend, Jason Miller, certain he would make her a star.  Needless to say, she did not “get discovered”  and marry Jason Patric as planned, but she never let the dream die and pursued her craft over the years appearing in local productions such as: No One Hears a Broken Drum, Talking With, Six Women in Labor, Rainbow Crow and The Last Cocktail Party on Venus.  She most recently made her directorial debut in the Vintage Theater adaptation of one her all time favorite novels, Pride & Prejudice.  Maggie lives in almost Minooka, with her amazing daughter Anna and their dog, Bandit.  In her free time Maggie enjoys, hula hooping, crossing things off her to-do list and Netflix marathons.