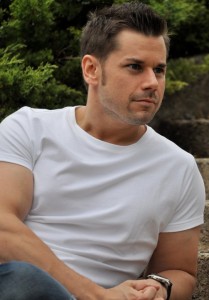 Jeff Boam returned to his native Scranton, PA from Huntington Beach, CA in 2004 to direct an award-winning film adaptation of his one-act play Charlie Chaplin’s Body, which went on to screen at the Short Film Corner of the 2007 Cannes Film Festival. Through his company, the Richlier Moving Picture Company, he has consulted on numerous film productions and served on the boards of both the PA Film Festival and Greater Scranton Film Office. He is the writer of the syndicated film review column “Reel Report,” which is featured locally in Electric City, Diamond City, and on the Rock 107 Morning Show with DiRienzo and the Prospector.

Most recently, he hosted Scranton Tomorrow’s Drive-In Downtown Series. Currently, he is producing the web series Still with Bad Penny Films, developing his sitcom The Sporting Life into a web series, and finishing post-production on the feature-length documentary, West Pittston: A Living History.