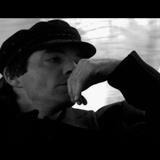 Born and raised in Carbondale, Jim started his career as a writer in 2001 with a 50-second commercial for a contest sponsored by Tommy Hilfiger. Since then he has written and directed two screenplays as well as authoring over 100 articles on film, politics and entertainment for the Yahoo Contributor Network. After a long hiatus, he recently appeared in the upcoming film ‘Susquehanna’ under the direction of Jon YonKondy, and is currently working on two other projects.

“To not be able to tell stories and make people laugh is to fail as an Irishman, and nothing is worse than that.” – JSF

James entertained the crowd at the Slam in the Summit with his tale about taking his brother’s Malibu out for a joyride at age twelve.