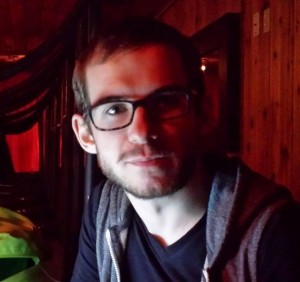 A midwesterner by birth and upbringing, Nathan Lund moved to Scranton three years ago by way of Florida. For the past year, he has lived more or less out of his car while his books enjoy far better living conditions in the storage facility he once called home.

In high school, Nathan was a member of a thespian troupe, where words could breathe and be authentic, and a member of the Lincoln-Douglas Speech and Debate team, where saying many words in little time was the goal. He also gave various speeches as a Student Ambassador in Tampa, Florida. His passions include reading, writing, sciencing, mathing, and talking about himself in the third person.

He came out as queer when he was twelve, though before that he never denied liking boys, so coming out was just a formality. He had a kind of outdated military standard: If no one asked, he didn’t tell. A year ago, he started volunteering for the NEPA Rainbow Alliance, a local LGBTQ+ service organization, and he became more proactive in identifying himself, fully embracing the Harry Potter wisdom to “always use the proper name for things. Fear of a name increases fear of the thing itself.”